HOW TO USE POKEMON GO TO DRIVE SALES

Before I show you how to drive sales and foot traffic to your business using the Pokémon Go crazy, let’s break down the things you need to know and the lingo.

Pokémon Go uses your phone’s GPS and clock to detect where and when you are in the game and make Pokémon “appear” around you (on your phone screen) so you can go and catch them. As you move around, different and more types of Pokémon will appear depending on where you are and what time it is. The idea is to encourage you to travel around the real world to catch Pokémon in the game.

PokéStops, which are essentially notable locations in the real world (except for the lucky business owners that locations are already PokéStops) marked on your in-game map. You can go to these to nab items, including Poké Balls and eggs that can hatch into full Pokémon. It’s also possible to install special items at PokéStops that lure extra Pokémon, which also make the stops glow pink on the map so players know that hanging around will attract extra Pokémon.

PokéStops and Pokémon Gyms are locations where players can collect supplies. They are key real-world locations and landmarks that Pokémon Go players visit to acquire collectibles and do battle.

Lures, an in-game item that turns any existing PokéStop into a virtual feeding frenzy for players looking to catch Pokémon. But this requires there to already be a PokéStop nearby.

How to leverage Pokémon Go to drive sales and foot traffic:

⁃ Find a Pokémon Stop or Gym inside or close by your location (attract foot traffic without any effort-players flock to them for rewards and to battle other players.)
⁃ Pokémon GO offers a range of in-app purchases. The one that is most important for your location is Lures. (Lures increase the rate of Pokemon generation in the area around the PokeStop where they’re placed for one half hour.)

All you have to do is:

If your business is anywhere near a PokéStop, you can use a dollar to bring virtually guaranteed crowds to your business.
⁃ Gyms are a little different from a PokéStop. You can’t put down Lures, but you don’t have to either, because users are converging on gyms day and night to face off with other users and “take control” of the gym for either team Mystic, Valor, or Instinct (click to learn the difference).

To see if your business is near a gym, open Pokémon GO on your phone (Available on Android and iOS) and look for the tall structures with little Pokémon near the top. They’re not hard to spot-they’re the biggest structures on the in-game map.

Marketing:
– Pokémon Giveaways
– Take in-game screenshots and post them on the social media (Hashtag: #pokemongo and #pokemon)
– Launch localize ads to people 1 mile around your location, 16 to 26, that follow or showed interest in Pokemon
– Create a Pokémon-inspired product or services and offer customers who show you the game on their phone a discount!

If you’re not near a Pokémon Stop or Gym, you can still doing the following:
⁃ Host a Pokémon Go meetup at your location.
⁃ Take your business to where there are Pokémon Stops or Gyms then lay down lures to attract people to you
⁃ Use social media and show off the valuable or rare Pokémon popping up in your area. To know what to look for, checkout this rarity chart created by a Reddit user. 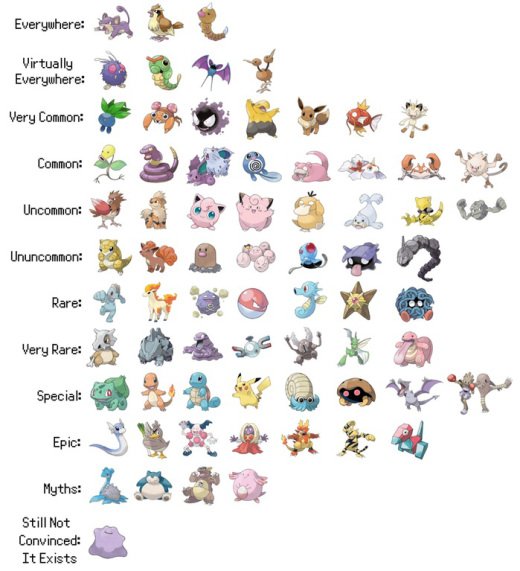 Pokémon Go has already revealed some issues, too. Not only did four robbery suspects allegedly set up lure beacons on PokéStops to attract victims, but there are reports of injuries due to the game, and police have had to warn players about going into places they’re not supposed to. Chances are most players will be responsible and won’t run into these issues, but these are notable risks with directly attaching a video game to the real world.

The pros definitely outweigh the cons, so get your Pokémon on!

Andre Kay is CEO and founder of Sociallybuzz, which exists to help businesses grow using social media. By helping them reach relevant customers, build customer loyalty, manage reputation and increase revenue. We protect relationship with their customer, create effective campaigns, manage their social channels and online reputation 24/7. Read the company’s blog and follow it on Twitter and Instagram